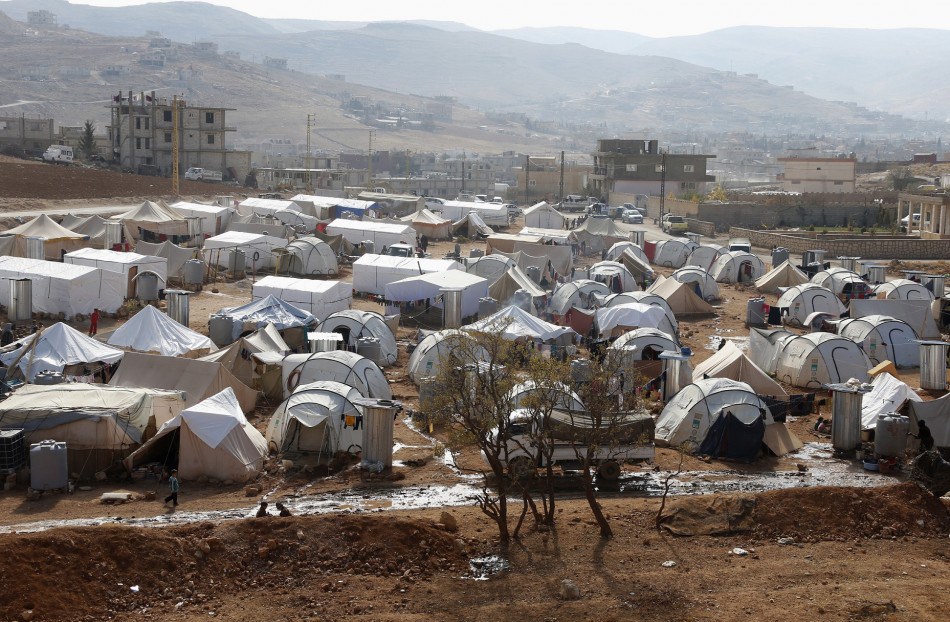 For some time now, I’ve ached watching the disintegration of Syria. I’ve found myself praying early in the morning and late at night for the many people that have been displaced–the vulnerable children who have seen way too much and are suffering from what psychologists are now terming “human devastation syndrome”; the feeble elderly and infirm doing their best to traverse the unfriendly terrain; the dads and moms doing whatever they can to keep their families together. My heart has been breaking.

And then out of nowhere World Vision called me and asked me if I wanted to go.

This past week I flew with a few other pastors from the United States into Beirut, Lebanon to see if we could identify ways to be a part—if only a small part—of the solution. Upon our arrival, we got into a van and snaked up a winding mountain pass before descending down into the Beqaa valley, a lush and fertile agricultural basin with snow-capped mountains all around. Being from Colorado Springs and living in the shadow of Pike’s Peak, I could appreciate the rugged beauty.

But the beauty of the landscape carries with it a stinging irony. The Beqaa valley has become home to some 1.5 million refugees, and no amount of breathtaking scenery could mask the desolation of these precious lives.

So let me introduce you to some of them. Meet Sayeeda and Abdul Kareem.

Sayeeda (Arabic: سعیدة) is a 50-year-old single mother of 5 children. She used to work in agriculture back home and had a good life with extended family all around her. When ISIS stormed into her rural town, they fled to Aleppo and then got a taxi ride to the Lebanese border. From there they walked a long journey to the informal tent settlements in the central Beqaa valley.

She relayed to us rather dispassionately that her husband left her amidst the chaos of the civil war. I’m guessing she probably doesn’t have a lot of extra emotional energy to spend on something that has become just another sad fact of life. Her oldest child, a son, is 20, and having refused to serve in Bashar al-Assad’s brutal regime he was forced to flee for his life across the border into Turkey. He left over three years ago and Sayeeda talks to him probably three times a year. When she told us that, her matter-of-fact demeanor melted into a display of deep maternal love. She sobbed and sobbed, using her hijab (a veil traditionally worm by many Muslim women) to dab her eyes. Can you imagine the pain she must feel? 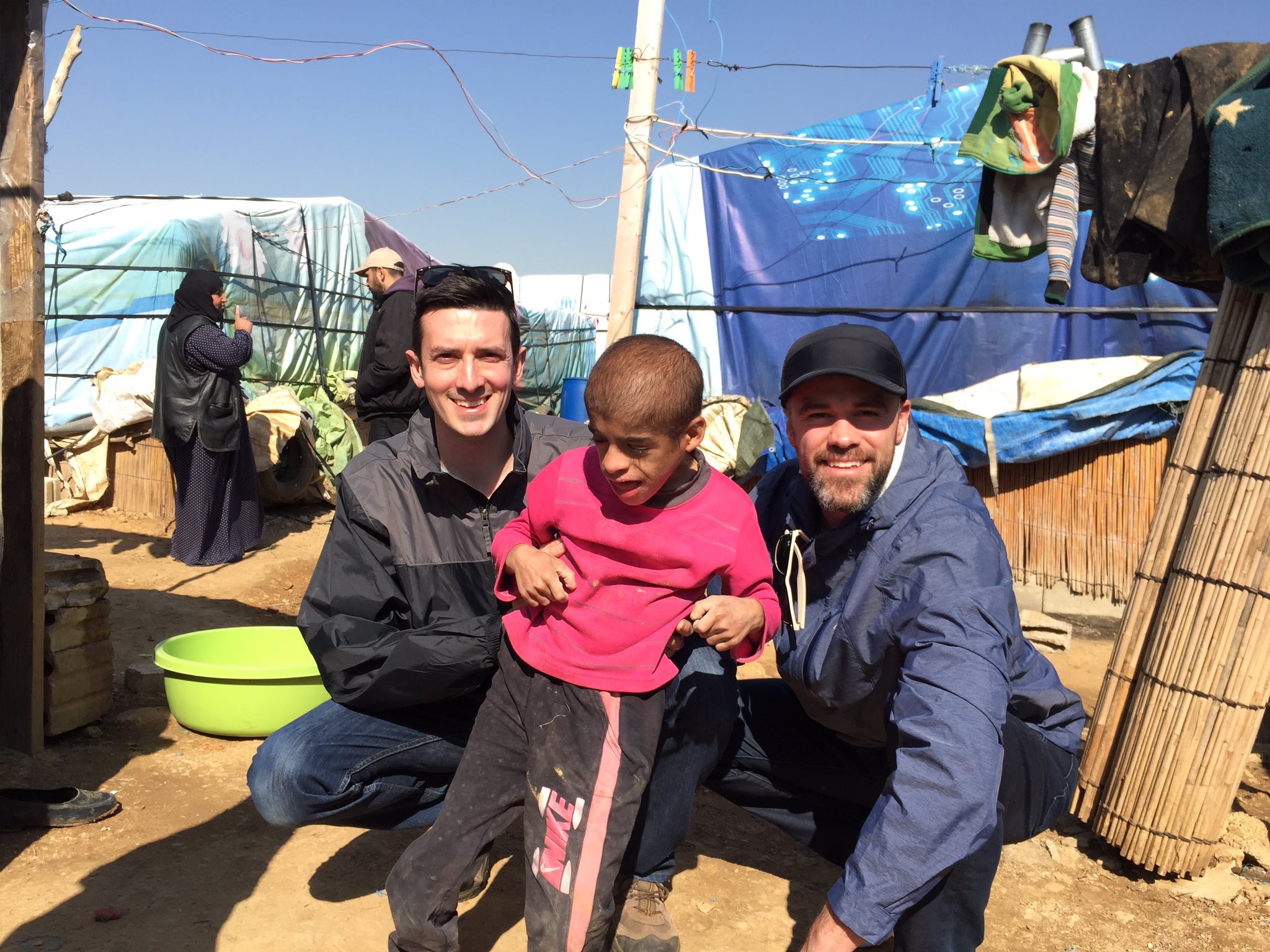 When we walked up to their tent, Abdul Kareem was sitting nearly motionless in a small green bucket, unable to speak. If I were to have guessed his age, based on his size I would have said 7. I learned he was 12. Sayeeda simply said, “Epilepsy,” and then invited us into her tent.

The whole time we were in her tent, the boy sat alone in his green bucket. The whole time I was thinking that a boy like him would have so many more options in the so many other places in the world because he’d have doctors who could help him. But instead his angular and emaciated frame sat inactive in a little green bucket. These are the sad realities of a people whose lives have been so violently disrupted.

And then there’s Omar, Labiba, and Amira. 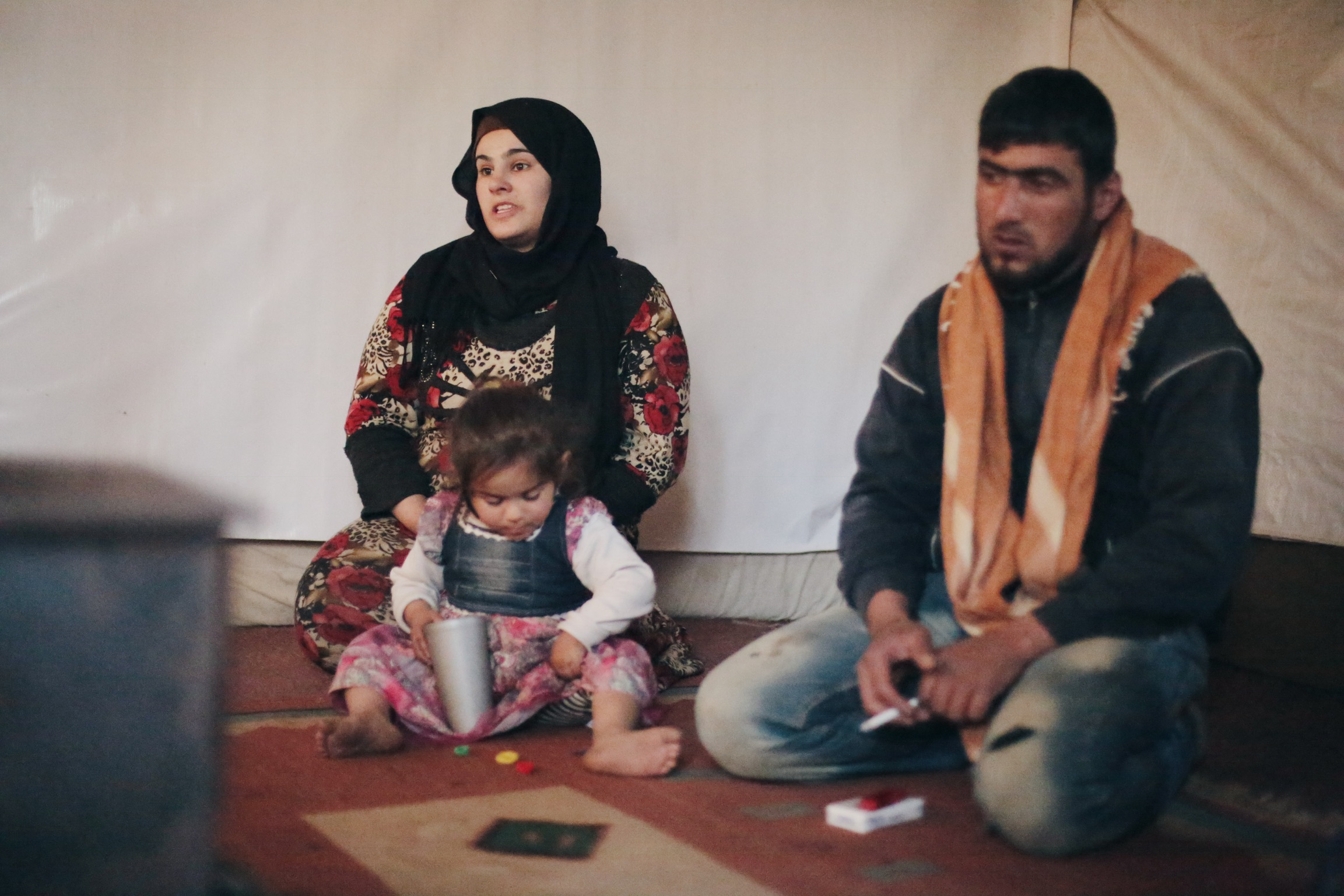 This young family came to the valley from Homs, Syria. In the fight to expel ISIS, military forces overtook Homs and 14,000 people were flushed out of the region overnight. Omar, now 25, told me that his last memory of leaving Homs was his father getting kidnapped on the road out of town. That was over three years ago and they’ve never heard from him again. He was most likely kidnapped by ISIS with a goal of conscripting him into their army. Anyone refusing to fight would be killed. Omar was sure his dad would never fight with them.

Omar’s wife, Labiba, is 5 months pregnant. Last year she delivered a stillborn baby in her tent after carrying the baby for 36 weeks. Thankfully they have their 3-year-old daughter, Amira, who keeps them busy. I’ve noticed that kids have a way of keeping us going, even when grief arrives. Little Amira has a form of Hepatitis, but her parents find her to be resilient. Her name means “princess,” and as I spoke with her parents, I watched the little princess play with the two little toys she owns.

I asked them about their life back home in Homs. This question, I discovered, always brought people to life. Maybe it was their way to escape the harsh realities, if only for a minute, while they remembered. Omar told me that he worked in agriculture, farming the 200 acres he owned. This was his ancestral land passed down to him. The property had over 200 apricot trees, which was lucrative for him. He had cows, chickens, and sheep. They lived off the land as self-sustaining farmers. He said, “We left everything behind…we had tractors, cars, a beautiful home, everything you could want…but we had to leave everything behind.” Omar was wealthy…until he became impoverished overnight…by no fault of his own. That’s enough to mess with anyone’s mind. It is hard enough if someone loses everything because they’ve been stupid. But what about when you’ve done absolutely nothing wrong and the rug still gets pulled out from under you?

He said to me, “Please tell your friends in America that Syrians are hard-working people. We want what you want: a simple and a good life.”

But why are you telling us these heartbreaking stories, Daniel?

I’m telling these stories for those who find themselves musing on the politics of these realities without having any contact with the people living in these harsh realities. I’m telling these stories because I want to humanize what’s going on. If we’re not careful, we’ll only see this as an issue, a crisis. In the abstract, a “crisis” like this is always about “refugees” but rarely about Sayeeda and Abdul Kareem, Omar, Labiba and Princess Amira.

As I was sitting in those tents last week, I started thinking: compassion is nearly impossible without exposure.

If you ever get the chance to go sit in one of those tents and listen to their stories, take it. But if you can’t make that trip—and most of you won’t be able to—do what you can to find a refugee family (or an immigrant family) where you live. Find someone who might feel lost, or displaced, or overlooked. Find some folks who might just feel stuck on the outside and invite them into your home. Feed them the best meal you know how to make and ask them to tell you what they love and miss about home, and please be patient enough to listen. I promise you that if you’ll do this right, at least two things will happen: (1) you’ll help others know that they are seen and their cries are heard, and (2) your life will be enlarged in process.

[Quick note: I’ll share more about possible action steps for those interested in getting involved in my next blog post, but for this first post I wanted you to get to know some of the people I met.]