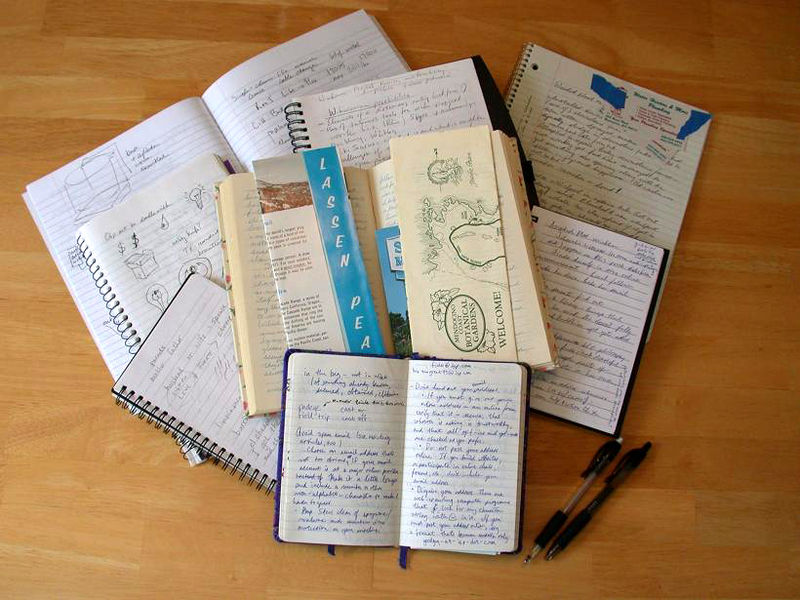 A few years ago, I began preaching weekly—an invigorating, and simultaneously daunting and demanding, task. Previously, I had the good fortune of being an occasional preacher, filling in for people who were on vacation or who turned up sick. As a fill-in, very often you get to preach your “greatest hits”—the sermons that are in you, the ones you could stand up and preach without notes, the ones that you are confident will be a Home Run—whatever that might mean, anyway.

As any weekly preacher knows when she/he steps out of the pulpit on Sunday afternoon, the clock is ticking. Next Sunday will be here in no time. Which means a sermon must be prepared.

So, what did I do in my transition from fill-in preacher to weekly preacher? I became an apprentice in the Spiritual Discipline of Scribbling.

I bought a stack of pocket-sized notebooks so that I could have one with me everywhere I go. I bought a case of legal pads and kept one on my desk at all times. My baseline assumption became, I’ll never be able to scribble too much. You just don’t know when a fruitful thought might come to you.

I began to practice for spontaneity, working to “turn a phrase” that I found recurring in the text. I would try to translate the phrase in three or four different ways, not because I was going to use that in my sermon, but because I wanted to develop facility with these words. I would draw a picture of what I thought the text was saying–even though I’m a terrible “artist”. A goal for the preacher is to have internalized these words so much that they naturally begin to find shape on the tongue.

I would attempt to craft transition sentences that would thread two seemingly independent thoughts into a seamless whole. These segue sentences would serve as the hinge on which my sermon would turn.

My point here is that spontaneity is anything but spontaneous, whether you’re a preacher or a jazz saxophonist. It is a skill one deliberately develops. Wynton Marsalis can improvise only because he’s internalized every scale and is intimately acquainted with all the jazz standards.

Words are like a thousand little puzzle pieces—pretty random when strewn about on the table, but beautiful when organized, shaped, placed properly so that a larger picture can be seen.

My contention is that regular doodling with words can serve as a development of linguistic “muscle memory” so that when a situation arises and a word is needed, one will be “in shape”, one will be prepared.

So we jot, sketch, chicken-scratch, draw, paint and design ourselves ever deeper into the mysteries. And in doing so fewer of our words will “fall to the ground.”

I thank the Creator for every night Teresa of Avila stayed up late praying, grappling with God and endeavoring to write something true. Because she did, the church is more prepared to live faithfully. I praise God for all the hours John and Charles Wesley spent crafting hymns that have served the church for 300 years. Because they did, we can know what to sing whether we’ve “gone up to the heavens” or “made our bed in Sheol.” We won’t forget the effort that people like Flannery O’Connor and Henri Nouwen exerted for our benefit. And these are a just few in a long line of sacred scribblers.

As each new generation is summoned to probe into the vast terrain of the Triune God, I have a sneaking suspicion that we’re going to need to order a few more legal pads.

11 Replies to “The Spiritual Discipline of Scribbling”